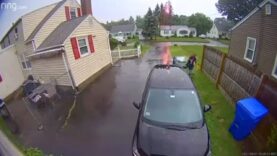 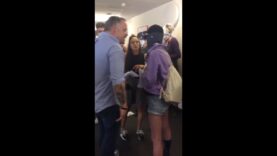 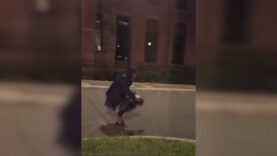 NBC TV-crew watch their $20,000 WVIT camera getting destroyed by a woman in Hartford, Conn. 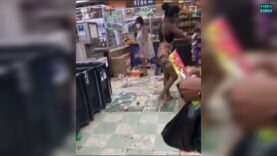 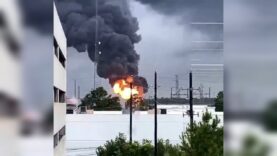 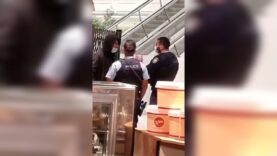 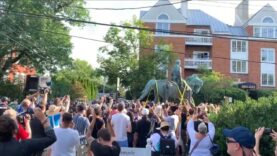 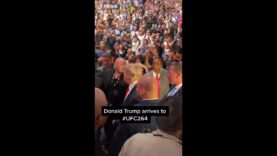 Bottles thrown at the unofficial ‘fan zone’ Leicester Square, London, ahead of the EURO 2020 final

An extra 100 officers, including some on horseback, patrolled the Fairfield, Canterbury-Bankstown and Liverpool local government areas on Friday. Residents said fines were issued for not wearing masks and leaving home for non-essential reasons.

This man was a custodian cleaning up, working alone, with a mask on, but police decided to harass him because his mask was not tight enough. The man was never within 20 feet of another human but police took a hard line nontheless.

The masked man became agitated as many Aussies in the Sydney area have had their patients pushed to the breaking point.

The police decide the best course of action at that point was to arrest the man to teach him a lesson to go against the state at any level.

The clapping seals on Reddit couldn’t contain their pleasure after viewing the incident since a loose mask can kill the entire planet, according to the children which populate the website. 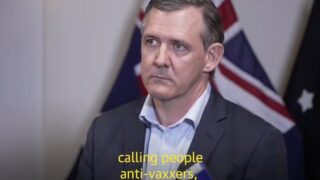 Chief Minister of NT throws minor tantrum: “If your anti-mandate, you are absolutely anti-vax” 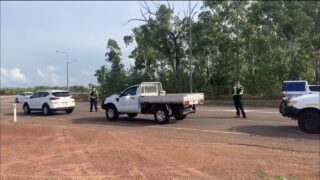