Member of the European Parliament blasts EU over contracts transparency with Big Pharma VIDEOKINGS — Romanian MEP Cristian Terheș raised the issue in the European Parliament regarding the concealment of the provisions of the contract with the vaccine companies. “Not only did the citizens not have access to these contracts, but also as MEPs we did not have access. Romanians must ask the senators and deputies of the […] 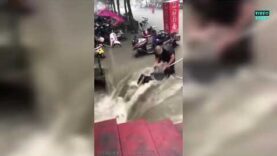 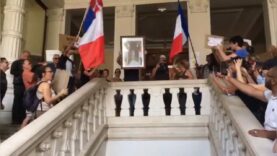 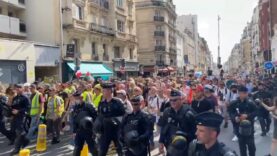 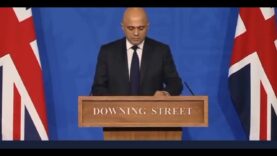 Britain: “Get a booster to keep your freedoms.” 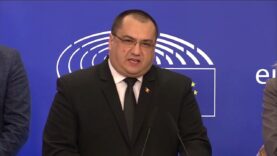 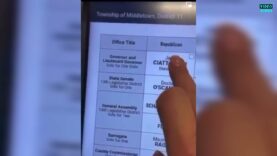 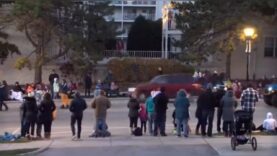 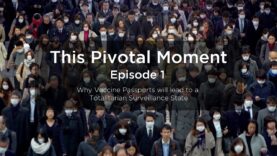 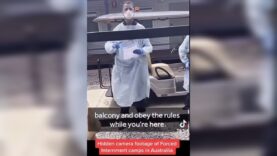 VIDEOKINGS — Romanian MEP Cristian Terheș raised the issue in the European Parliament regarding the concealment of the provisions of the contract with the vaccine companies.

Cristian Terheș voted in the European Parliament against the imposition of the Green Certificate at European level, accusing that this certificate will violate fundamental rights and freedoms.

He asked the representatives of the European Parliament if they had told the people, when they chose to deprive them of their fundamental rights, what was the reason for such a gesture.

He stressed that there are all those treaties that stipulate that no medical treatment can be imposed on an individual unless he decides on it freely and with informed consent.

“Clearly, what these [leaders] are doing now, to condition access to Parliament, possession of this Green Certificate, violates this freedom of people to decide if they want to be vaccinated or tested,” says Terheș.

Information hidden even from the European Parliament

The MEP added that there is the other aspect, and the question he asks not only to European parliamentarians, but also to every European citizen, is whether governments have informed them properly about what is happening.

Terheș recalled that he had many debates at the beginning of this year in the Parliament, where he requested full / unrestricted access to the contracts signed between these vaccine companies and the European Union.

According to an article in Euractiv, dated 22 January 2021, quoted by Terheș, “the contract signed between the pharmaceutical company and the European Commission in November 2020 was made available to MEPs on Tuesday in a form written after the company agreed that those contracts can be investigated ”.

“So a medical product is imposed on European citizens without them knowing what is in these contracts?” Not only do they not know, but we, as MEPs, do not know what is in them! After a lot of pressure in the Parliament, as the article says, these contracts were made available to us and to the public “, Cristian Terheș pointed out.

Moreover, says the MEP, but the money of European citizens was given by Ursula von der Leyen to these pharmaceutical companies.

In this situation, the question naturally arises as to what happened to that money. Terheș stressed that the difference between tyranny and democracy is very simple. Specifically, when the government knows everything about you, it’s tyranny. When you know everything about government, it’s democracy.

“Here we are at the moment, praising this institution, as the most democratic institution in the European Union, but not even we, as MEPs, as directly elected by the people for the people, could not see these contracts,” said Terheș.

Watch on YouTube: Member of the European Parliament blasts EU over contracts transparency with Big Pharma