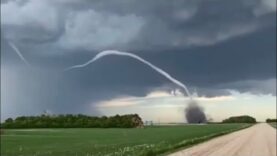 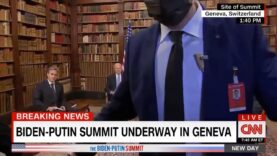 Putin busts out laughing as reporters are asked to leave out the room. 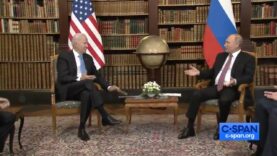 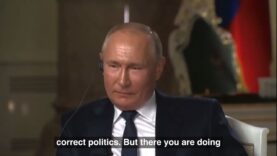 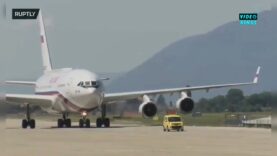 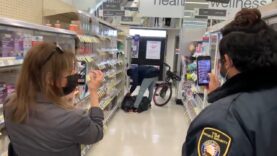 A Shoplifter in San Francisco riding his bicycle inside a store, fills his garbage bag and leaves. 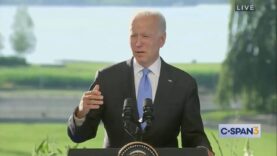 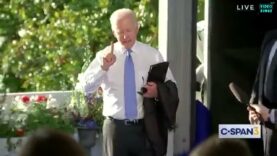 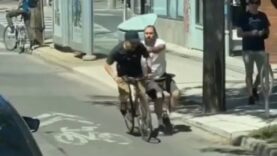 Douche Bag on a bicycle slashes pick-up truck tire and tries to escape. 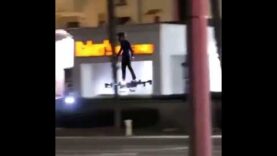 Dude on a Human Flying Drone is living the future.

A Shoplifter in San Francisco riding his bicycle inside a store, fills his garbage bag and leaves.

VIDEOKINGS — Meanwhile in San Francisco, a shoplifter riding his bicycle inside a Walgreen store fills his garbage bag and leaves with zero hustle. Luckily the entire security squad filmed the robbery, unfortunately no-one was able to stop the thief because of that…👮‍⚠

Security filmed the thug filling a black trash bag with merchandise but did nothing since the store policy states to let the thieves do their business and just report the loss to the police.

Walgreens says petty theft in the city has gotten so out of control that it’s had to close 17 of its stores. CVS has told its employees not to intervene because the thieves so often attack them, calling San Francisco “one of the epicenters of organized retail crime.”

Watch on YouTube: A Shoplifter in San Francisco riding his bicycle inside a store, fills his garbage bag and leaves.